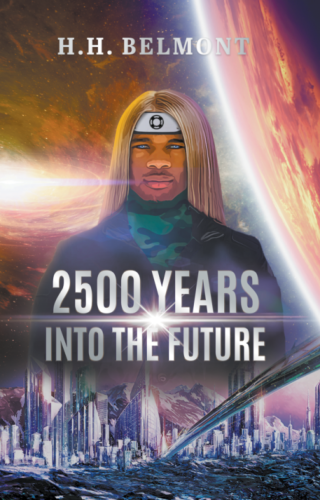 This novel, 2500 Years into the future, is the story of a superhuman being with amazing powers created in the New Galactic Empire 2500 years after the Great War. In a fictional way, the author takes the reader to a new society created to critique the main institutions of humanity. He expresses his ideas about education, justice, science, and technology in a modern society. The author utilized his expertise and background in Corrections, in the Police and the investigations field, as well as his knowledge of the Court system, to give the audience his views of Law enforcement and the judicial system.

Hiram Haddock was born in Puerto Rico in 1955 and attended school there. He is married to Violeta Ponce and four children: Hans, Hiram Jr, Adalice and Hanneloren. He started writing when he was in High School. He wrote poetry and short stories mainly. One of his short stories, “Rahim,” got published. When was attending College at the Interamerican University from which he graduated with a Criminal Justice B.A. In 1979 he joined the US Army and served four years. He began his career in Law In 1989 and retired in 2012.