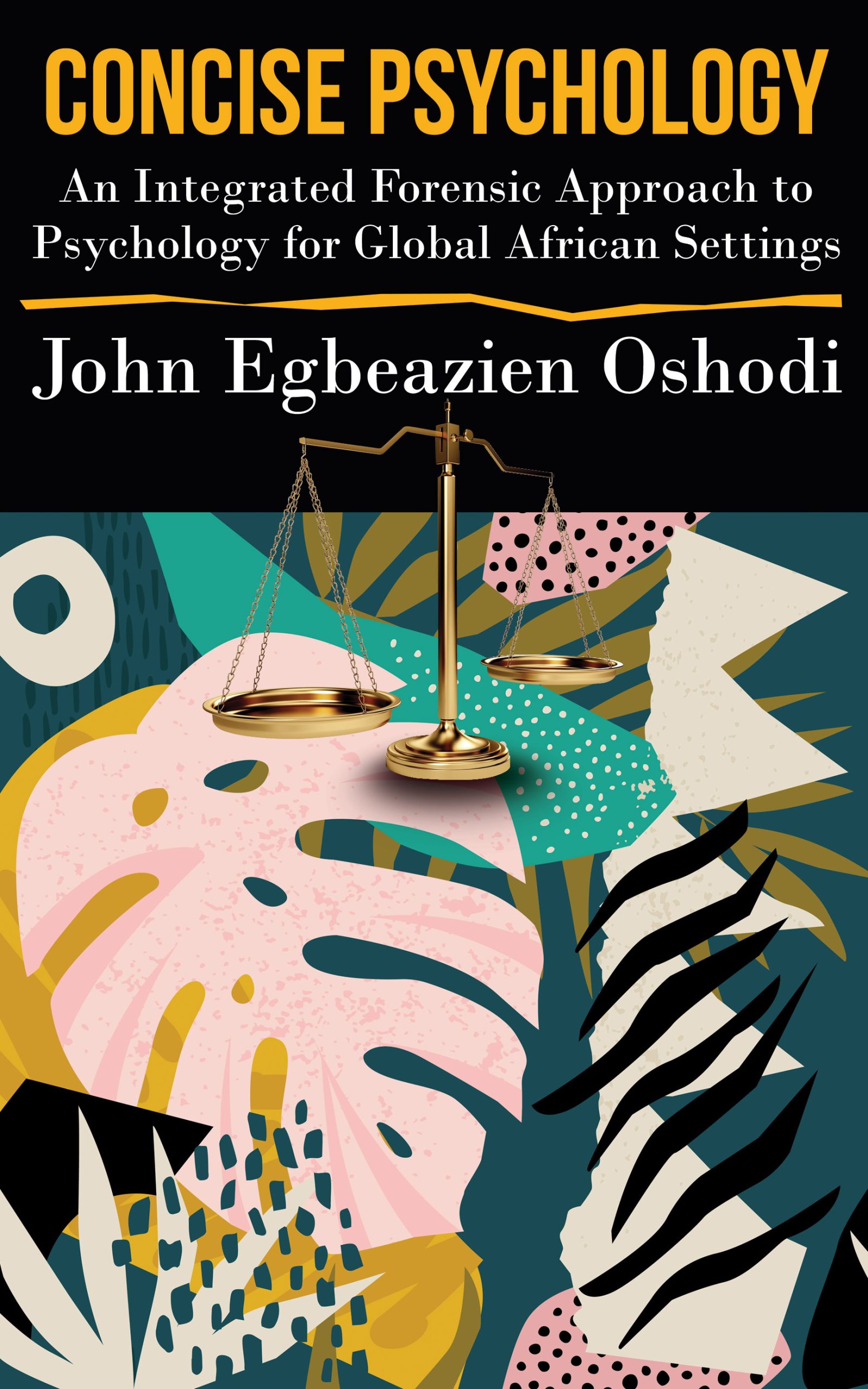 An Integrated Forensic Approach to Psychology for Global African Settings

About the Author
“John Egbeazien Oshodi was born in Edo State, Nigeria. He settled in Miami, Florida in 1982. He began his academics in 1982 at Miami-Dade Community College, Florida. He received his Bachelor’s and Master’s degrees in Criminal Justice/Criminology from the Florida International University in 1983 and 1987, respectively. He received his Doctor of Philosophy (Ph.D.) in Clinical/Forensic Psychology degree with utmost distinction in April of 1991, from Carlos Albizu University, Florida.

Oshodi became a licensed clinical/forensic psychologist in the State of Florida in 1993. He began his career as a rehabilitation therapist at the Dade Correctional Institute, then as a Juvenile Probation Officer with the Department of Health and Rehabilitation Services. He established The Oshodi Foundation, Center for Psychological and Forensic Services in Florida in 1993. His work covers psychological consultations, testing and treatments. He is a practicing psychologist to various government agencies with a focus on adult/juvenile, disability, school, and vocational issues.

The professor has taught at various universities and colleges including the Florida Memorial University, Florida International University, Broward College, Lynn University, and Nova Southeastern University. In 2011, he introduced the State-of-the-Art Forensic Psychology into Nigeria through the Nasarawa State University where he served in the Department of Psychology. He also authored academic publications/creations, and public opinion write-ups on African issues. He currently lives in Florida with his family.”