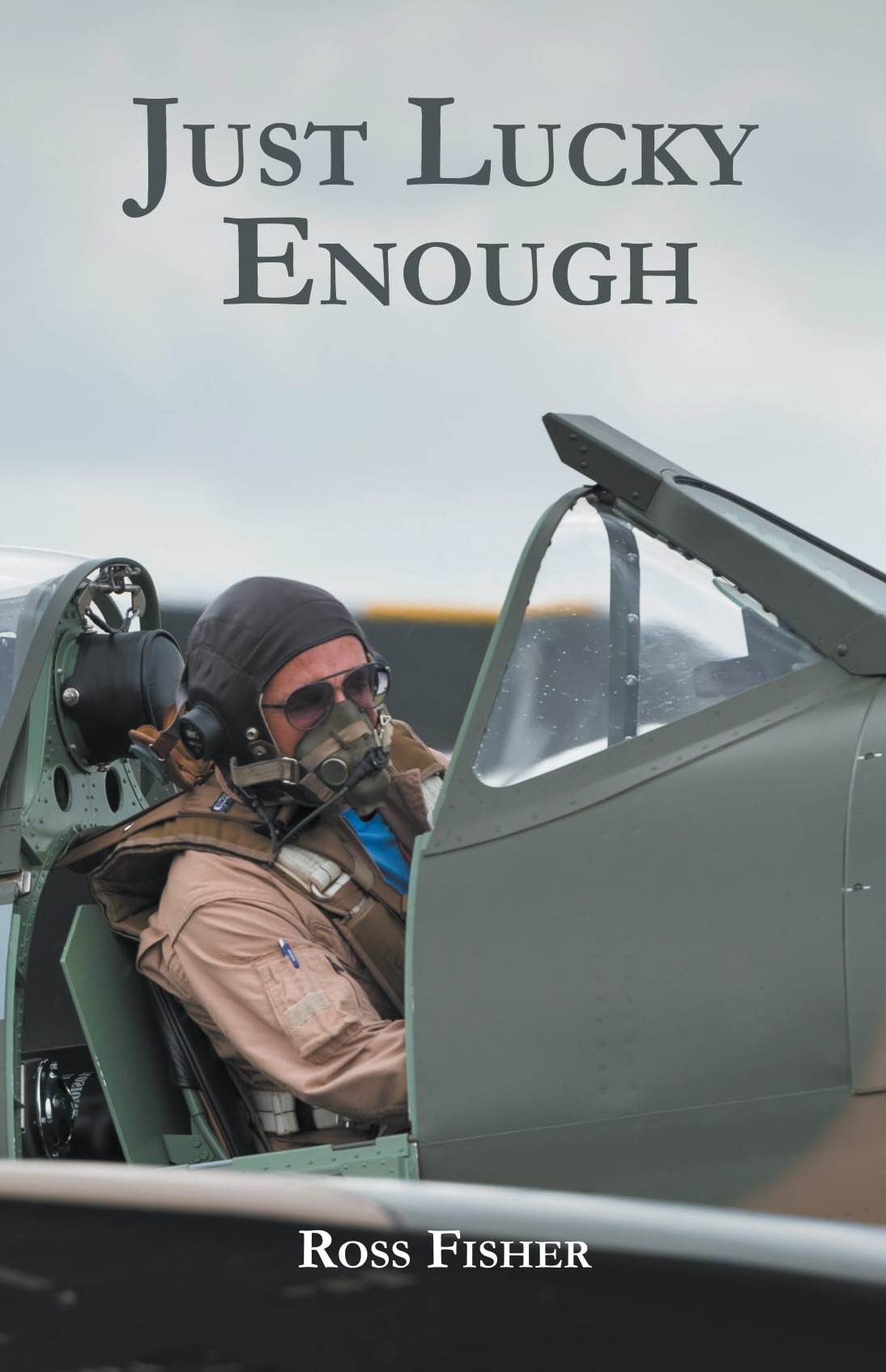 ““One of the neatest, most realistic stories about the RAF during WW II. Having flown Mustangs out of England in 1943, 1944 and 1945, this book brought back a lot of fond memories of my combat days in the P-51 Mustang.” Brig. General Charles F. Yeager, USAF (Ret’d), World War II Fighter Ace

“Based on my own 20 years experience, I can assure you that you effectively captured the varied personalities of the men who make up a fighter squadron.” Lt. Colonel Gordon P. Zans, Commanding Officer, 410 Squadron, RCAF

“Ross has an unusual feel for the emotions, trials and tribulations of the fighter pilot during that period.” Colonel Dean Caswell, USMC (Ret’d), World War II Fighter Ace

“What a great book! I must say that JUST LUCKY ENOUGH maintained my attention as much as any Ian Fleming James Bond novel and provided me as much enjoyment as the works of noted historian Stephen Ambrose.” Author Jeff Kelley
”

Born nine months after the Roswell, New Mexico landing, Ross Fisher has been a lifelong military historian. He attended college for decades, finally obtaining a BA in History from Elmhurst College at the age of 42. He retired as a Reader’s Advisor to the Blind in 2013. He is fluent in Fighter Pilot and speaks a little English.