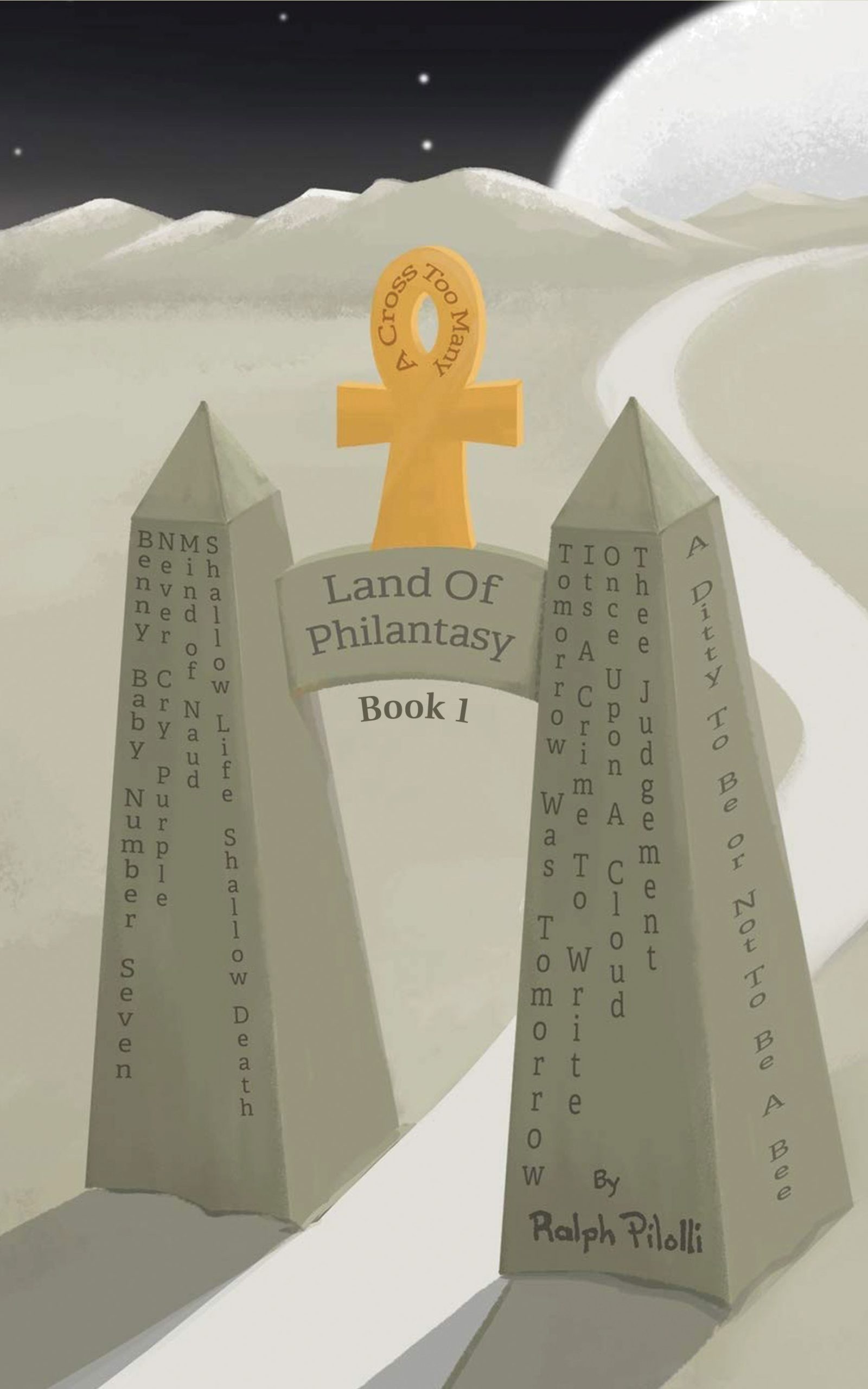 About the Book
One whose mind is intrigued with tales of the unusual will discover them once their imagination steps through the archway leading to the ‘Land of ‘Philantasy’. Sculptured onto the obelisk are the titles of eight short s tories, a novella and a ditty. These are not the run-of-the-mill (so to speak) type of stories. They are what I call ‘Philantasy’, a coined word. They are all a touch of philosophy with the imagination of fantasy, so welcome to the Land of Philantasy.

About the Author
Twelve years of Catholic School; liking, loving, learning, understanding and accepting all the unanswered questions had a universal word. A word I believed fully until the church started changing the rules. Even that, with reservation, was –OK! I’ll hang on to the magic word. Next came the most precious of all to be changed, the communication between the creator and myself, the meditation of the mass. This was what tainted the magical, universal word. This word needed answers. Through much reading, thinking, conversing and meditation. A philosophy about life and death has given me my magic universal word back, my magic word is again untainted you will see it in my writings. It is called “”FAITH,”” “”FAITH OF LIFE””, and “”FAITH OF DEATH””. It is called “”UNIVERSAL FAITH.””

I was literally coerced into writing a weekly auto racing column in a fairly large newspaper. This expanded into an additional bi-weekly column in a popular auto racing paper. The point being, a writer is generally told, write what you know best.