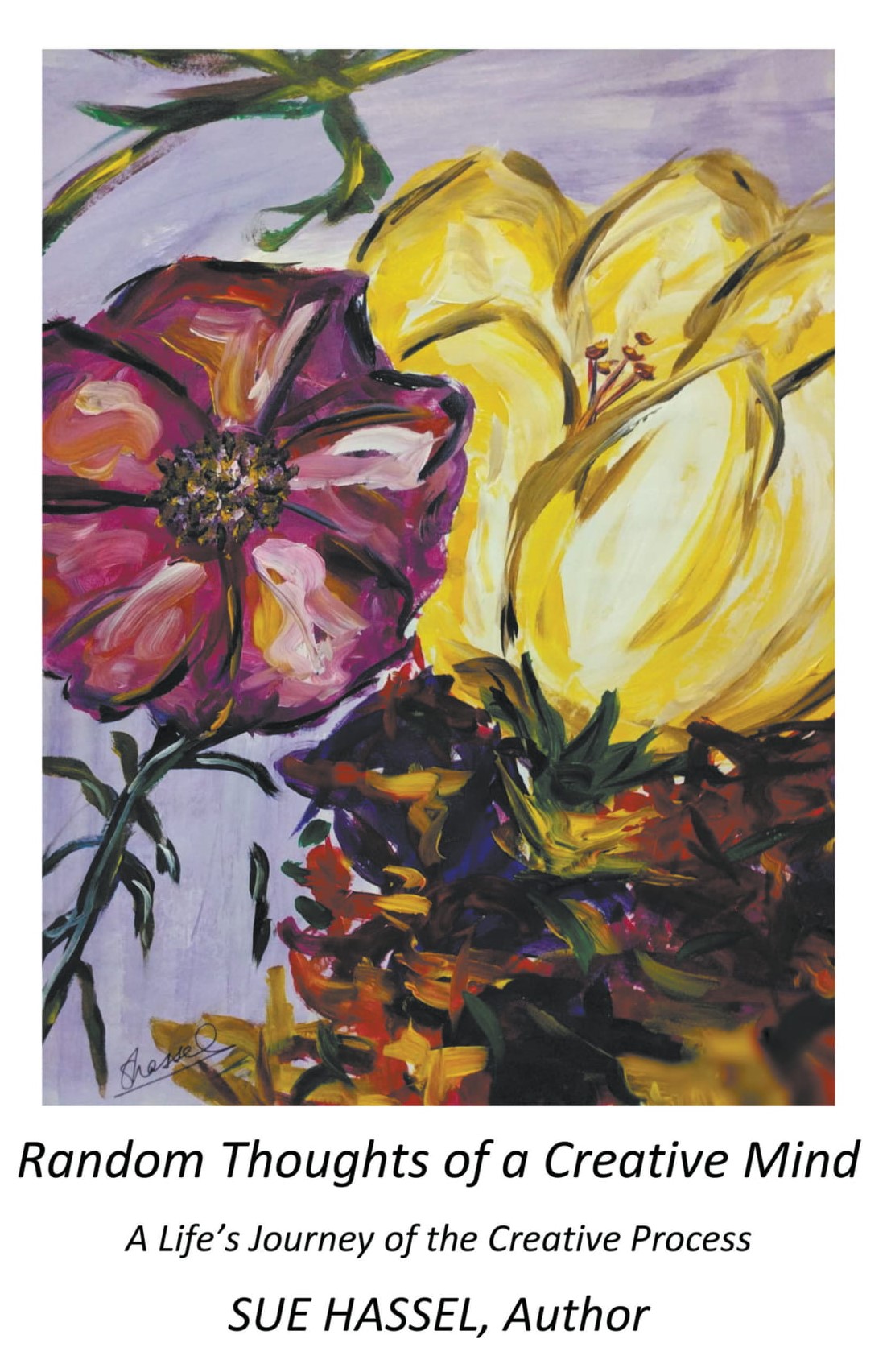 Random Thoughts of a Creative Mind

A Life's Journey of the Creative Process

About the Book
RANDOM THOUGHTS OF A CREATIVE MIND is a collection of all of Hassel’s writings that have been submitted literally since grade school to present time, including one short story delivered in a big writing class that scandalized some, left others howling with laughter, and the remainder thinking quietly as they left for home. Her take on life is unique having grown up on a farm doing heavy labor with her father on and around heavy equipment. She is quite a horsewoman, and above all, she would say, “What you see is what you get.” Hassel is also a fine painter (see cover art), and a gifted amateur dancer enpointe and modern.
Sue Hassel grew up on a farm in Wisconsin, attended the UW, Madison, and then went to Europe. Her mother Elenora was a homemaker (who designed and sewed clothes for friends and family). Her father, Carl was an oil trucker for 41 years, a natural horseman and very gifted and humane in handling horses and all animals. Both parents had 8th grade educations. Both of their lives exceeded their educational levels. Sue has an older sister, Beverly, former Professor of piano at UW, Oshkosh, who is the real pianist in the family. Sue considers herself the hotdog pianist. She has to have fun playing piano, i.e. the virtuoso repertoire. www.suehassel.com

About the Author
Sue Hassel grew up on a farm in the Midwest, sang in Europe professionally, later moved to New York City where she continued her operatic career. Her first reviews after making her debut in Ballo in Maschera in the role of Amelia (singing that role four times in five nights) was raved in all local media, and later raved again in Opera News. After her stint in Europe, in New York City she continued that operatic career singing the leading roles in Tosca, Bellini’s Norma, the Trovatore Leonora, Aida, Queen of the Night, Papagena and Philine. She is also an oratorio soloist. You can see by the repertoire, her voice began to shift upward over a three year period, and she is now a soubrette coloratura soprano having great fun singing in recital as Sue Hassel, Soprano & Piano as well as solo piano recitals featuring the music of Busoni, Liszt, Rachmaninoff and Brahms (her hands are big!). It appears that her career is backward, but she is the most pleased with her voice now. She always just knew she was a coloratura soprano and it just took time.
She enjoys a level of local NYC notoriety having been featured both in the New York Times and Wall Street Journal weekend editions as the ‘Soprano on the 59th Street Bridge’, and last October she was followed around by a videographer who heard about her. In time that segment will air online. There appears to be a bootleg video of her playing and singing, as well as dancing enpointe in a tutu online somewhere. Hassel has not seen it. She has a vague memory of having filmed that in the past. Hassel has been known to say, “New York City is the best place to find your dreams and become.