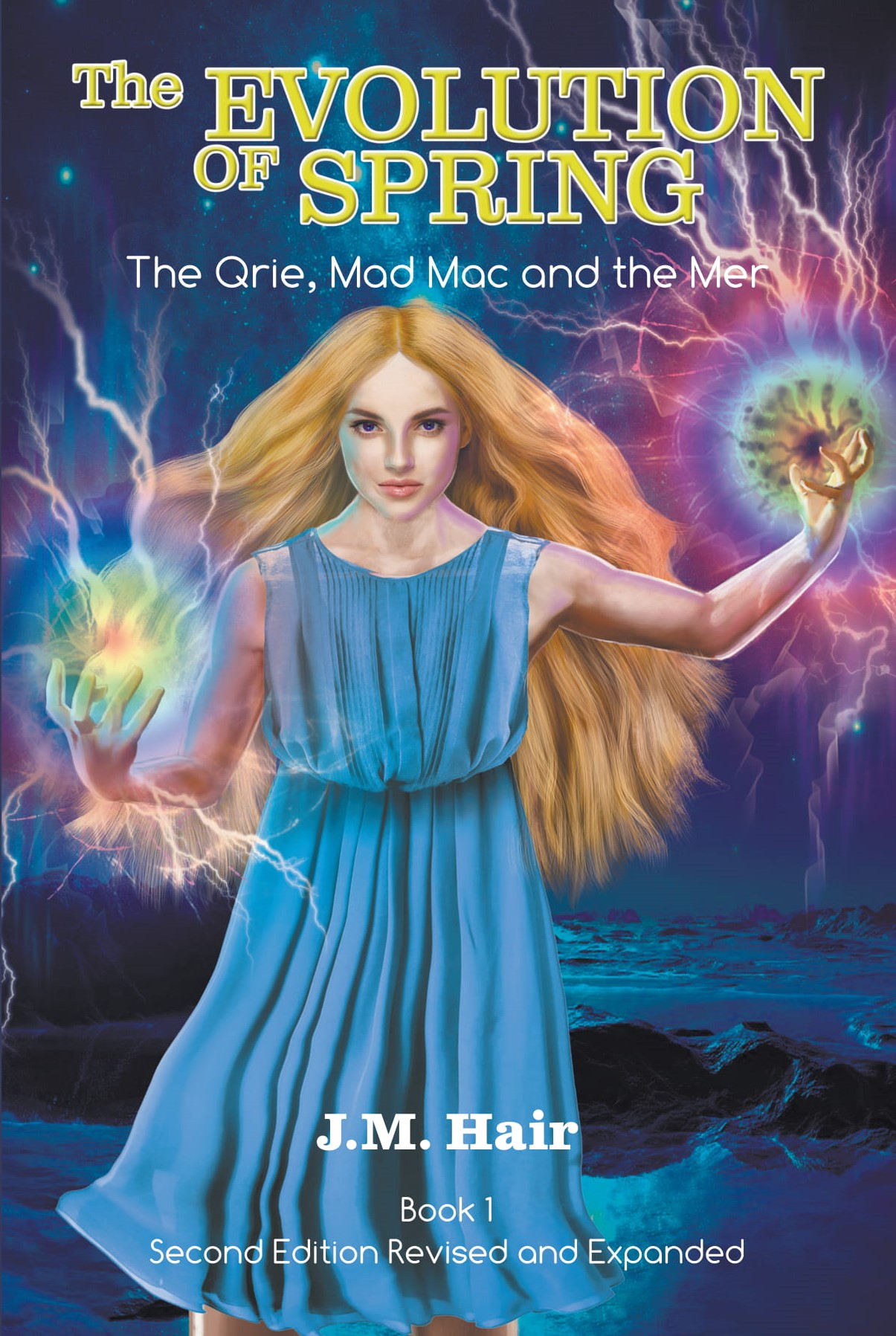 The Evolution Of Spring

The Qrie, Mad Mac and the Mer Book 1 Second Edition Revised and Expanded

About the Book
The Qrie have been here forever. They have guarded us, shielded us, and protected us from the beginning. They know they are going to be discovered and must do it on their terms.
Breath, the hybrid child of humanity and the extraterrestrial Qrie, knows there’s nothing weird about her. The Qrie voices in her head have taught her, advised her, comforted her, guided her to academic success, and a promising career in oceanography. They have taught the young Australian woman how to be Qrie, wise, kind, and rationally compassionate.
As the Qrie initiate diplomatic ties with humanity she comes under attack by the misguided Earth Only movement.

About the Author
J. M. Hair has had an eclectic and productive life, as a designer with sixteen patents to his name. He has been a physicist, inventor, scientist, engineer, technical writer, and a lucid dreamer, amongst other things.
His daughter needed a powerful superhero to compete in role-playing adventures with her brother and his friends. One of his lucid dreams became the inspiration for the extragalactic Qrie, Mad Mac, and the Mer book series. The Evolution of Spring is the first of the series. He is currently working on Book 2- 4 of the series.