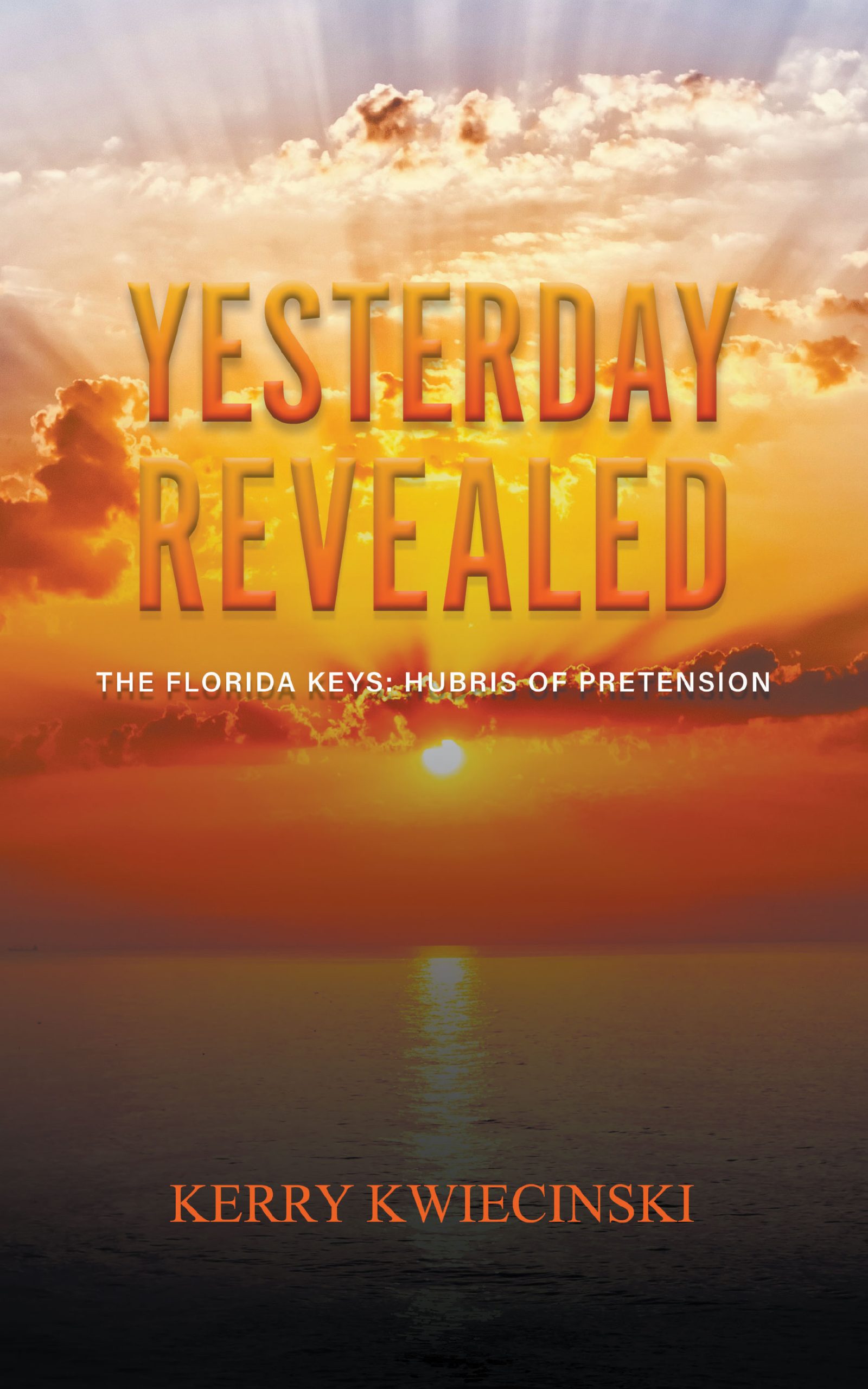 The Florida Keys: Hubris of Pretension

Yesterday Revealed the Florida Keys: Hubris of Pretension takes place amongst once described as the ‘Emerald Isles’ This novel weaves intrigue, suspense, history, and romance into a fast paced gem of a story. Conservation Officers Kip Greene and his live in girlfriend Suzy, as well as their close friend Teqe who studies Florida Keys antiquities, all become unwantedly embroiled in deaths to tourists, shady treasure hunters, wannabe drug dealers, a powerful Mexican drug cartel, local ‘dirty’ councilmen, and treasure from Spanish shipwrecks and an ex mob lawyer from New York City.

This is Kerry’s first novel in what will become a trilogy of Yesterday Revealed novels. Kerry has a degree in Geology, Geography, and Math at Central Michigan University. He has been married at St. Paul’s Episcopal Church in Key West, as well as extensive kayaking and camping out in the Florida Keys National Wildlife Refuge (FKNWR).